Just a quick update on my Knight I managed to get the bits based with imperial Primer. One thing I noticed was that the paint seemed to chip/rub off very easily. So I think I will need to seal the model once I have finished painting it. 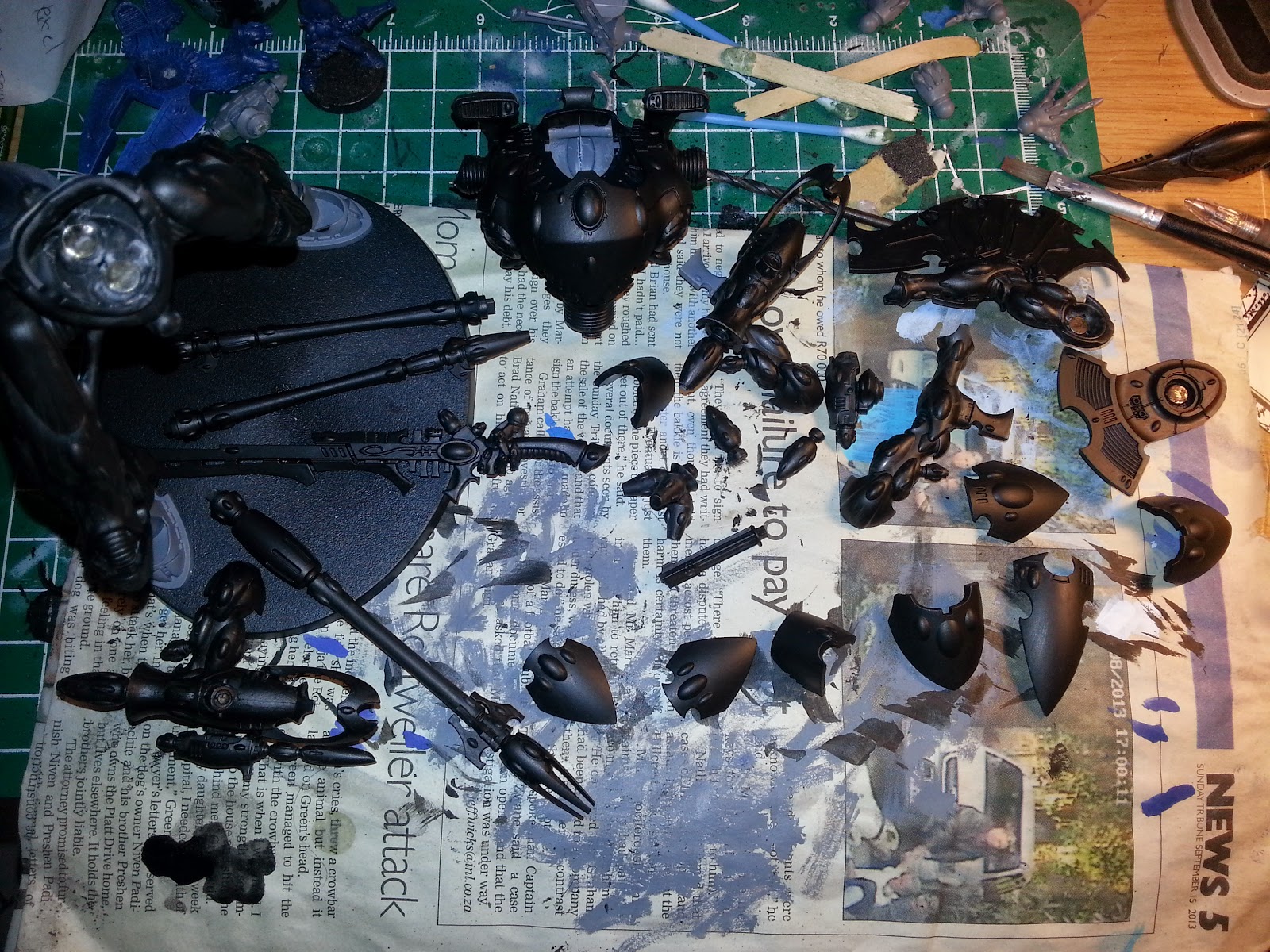 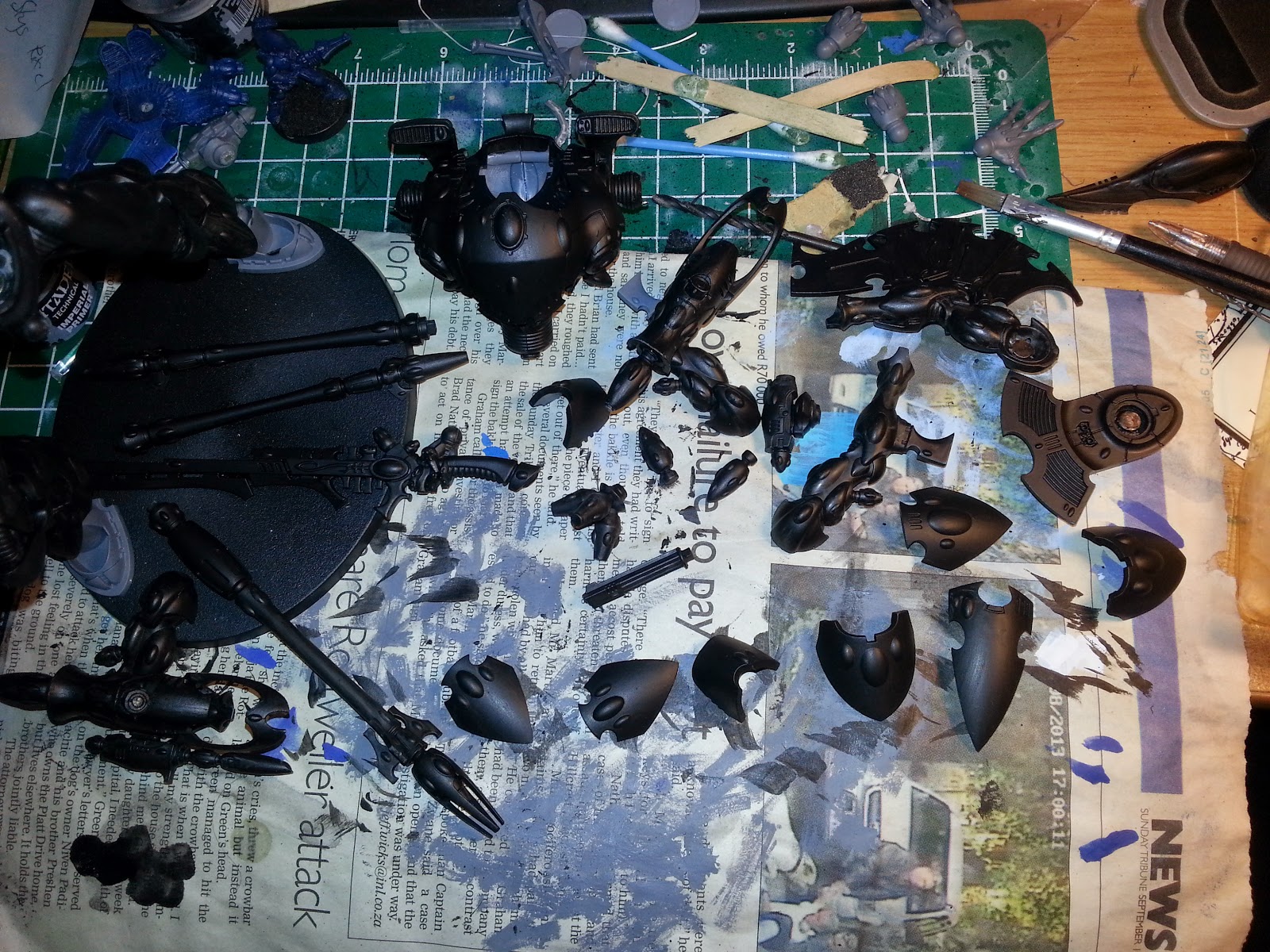 I cut plasticard to the shape of the oval base to make the base look like it was made of wraith bone. The plastic card is difficult to cut so I tried to keep the lines straight to make a sort of puzzle look but then I decided to make a transition between the wraithbone and the city street theme so cut the card in half. 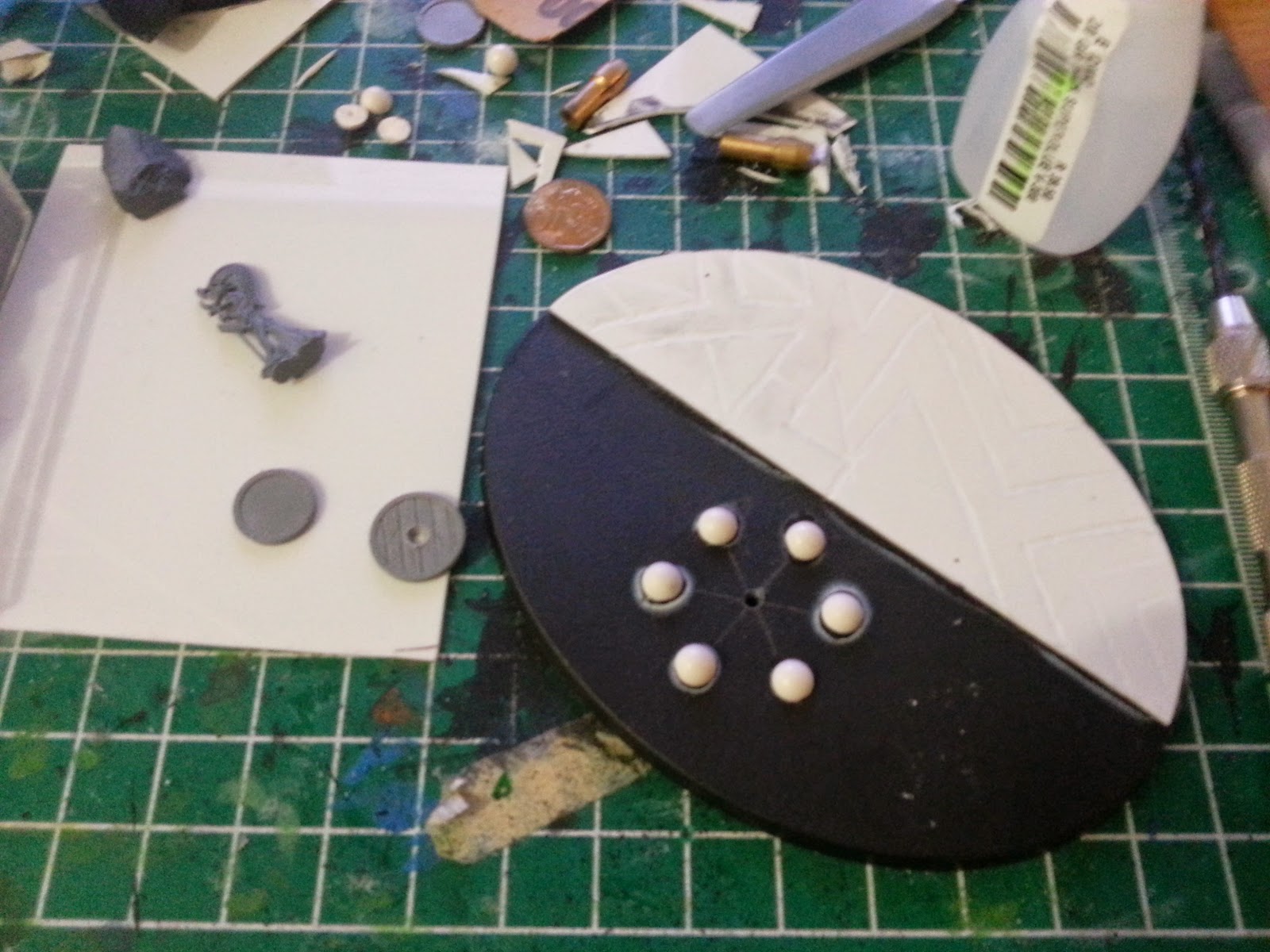 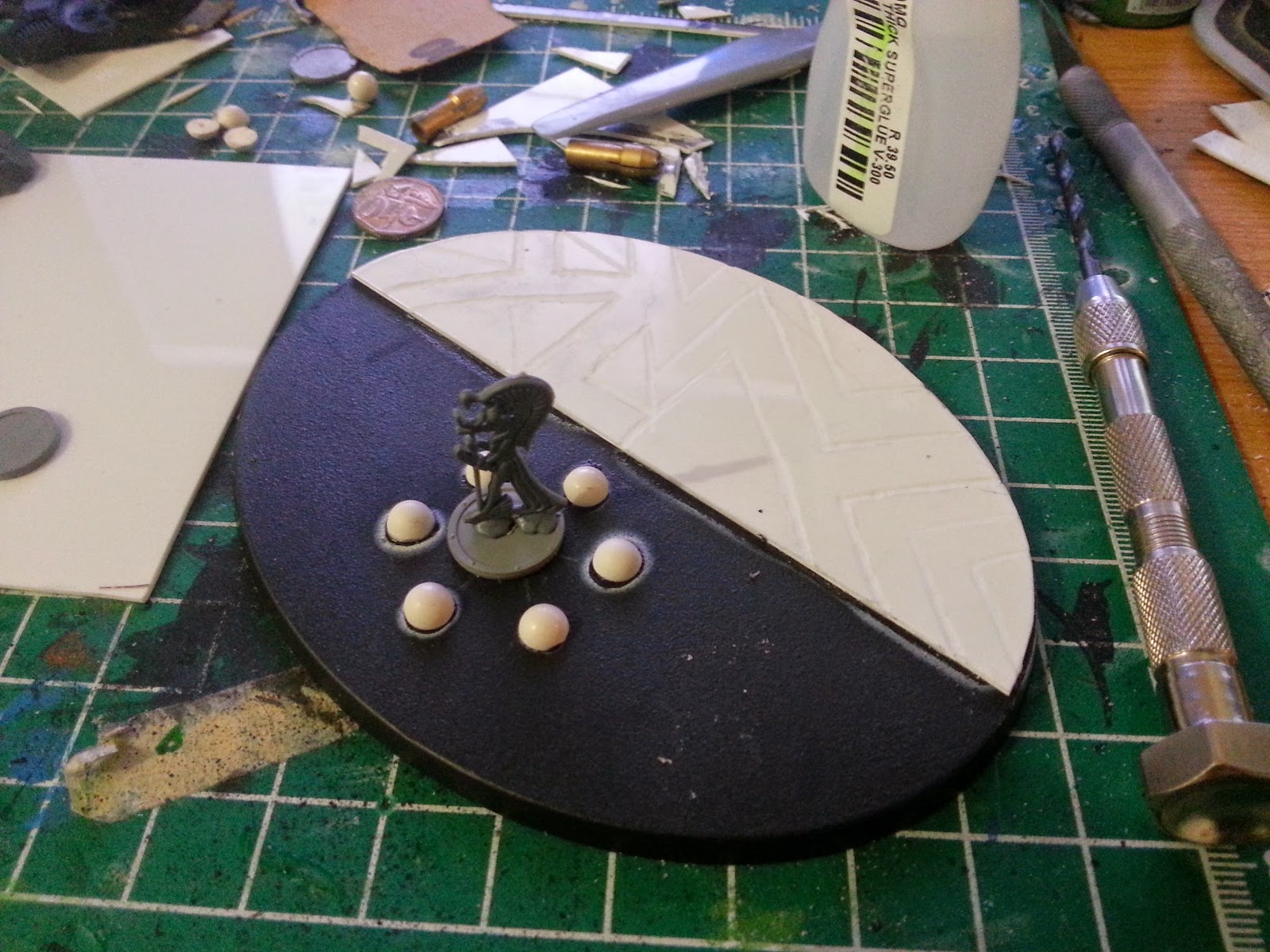 I then decided to do a split of half half as sort of a wraith bone tile that he will be standing on. I also thought it would be cool to have a wound tracker on the base. So I drilled a hole and placed a 3x1mm magnet in the base. The statue is from the Dire Avenger sprue and the circle is a Night goblin shield. I glued them together with the shields wooden side facing down. I then drilled a hole and placed another 3x1mm magnet in the center of the shield. 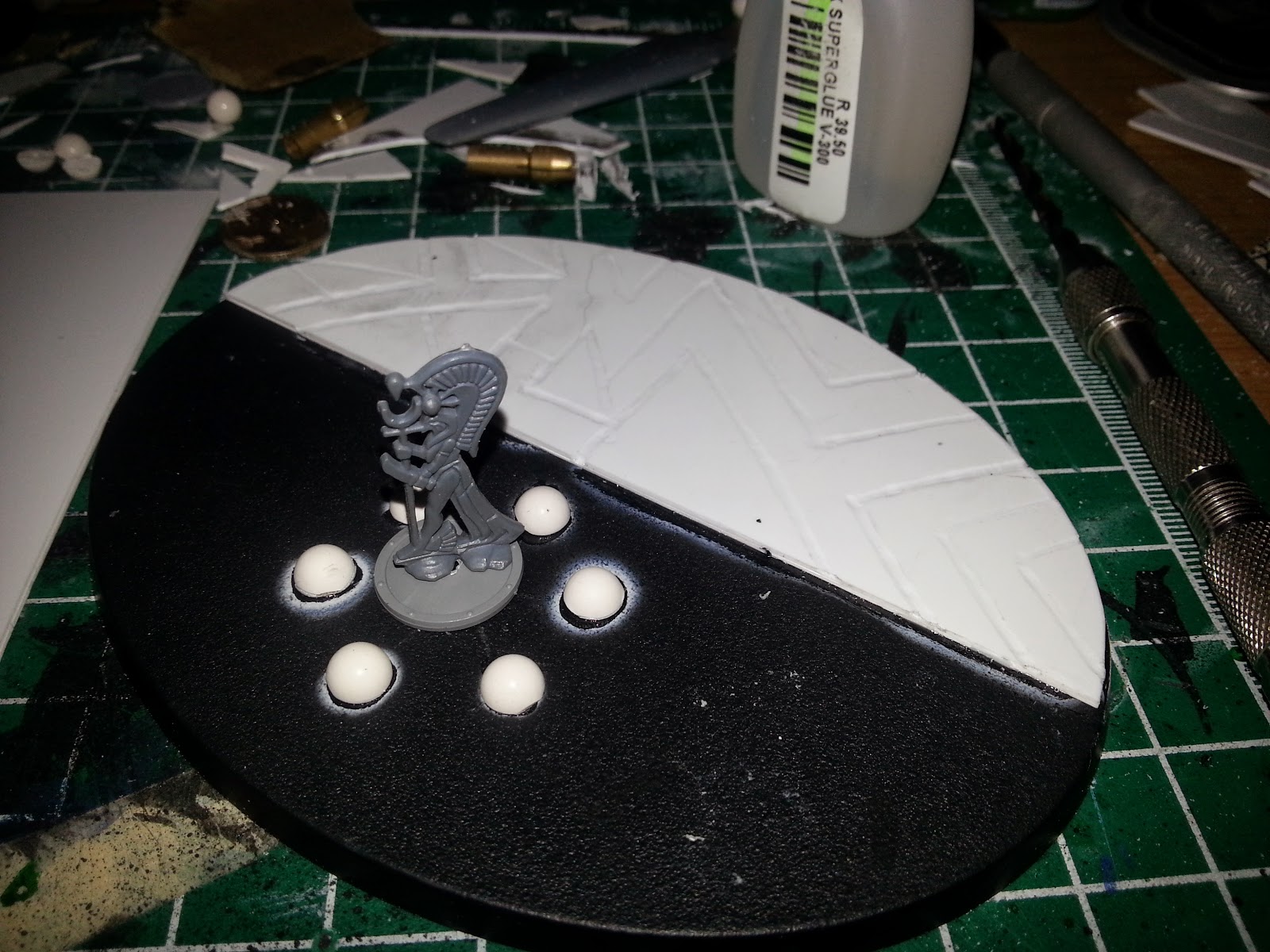 I used the bevel tool on my Dremel like device to cut grooves into the base. I might have not made them deep enough tho. 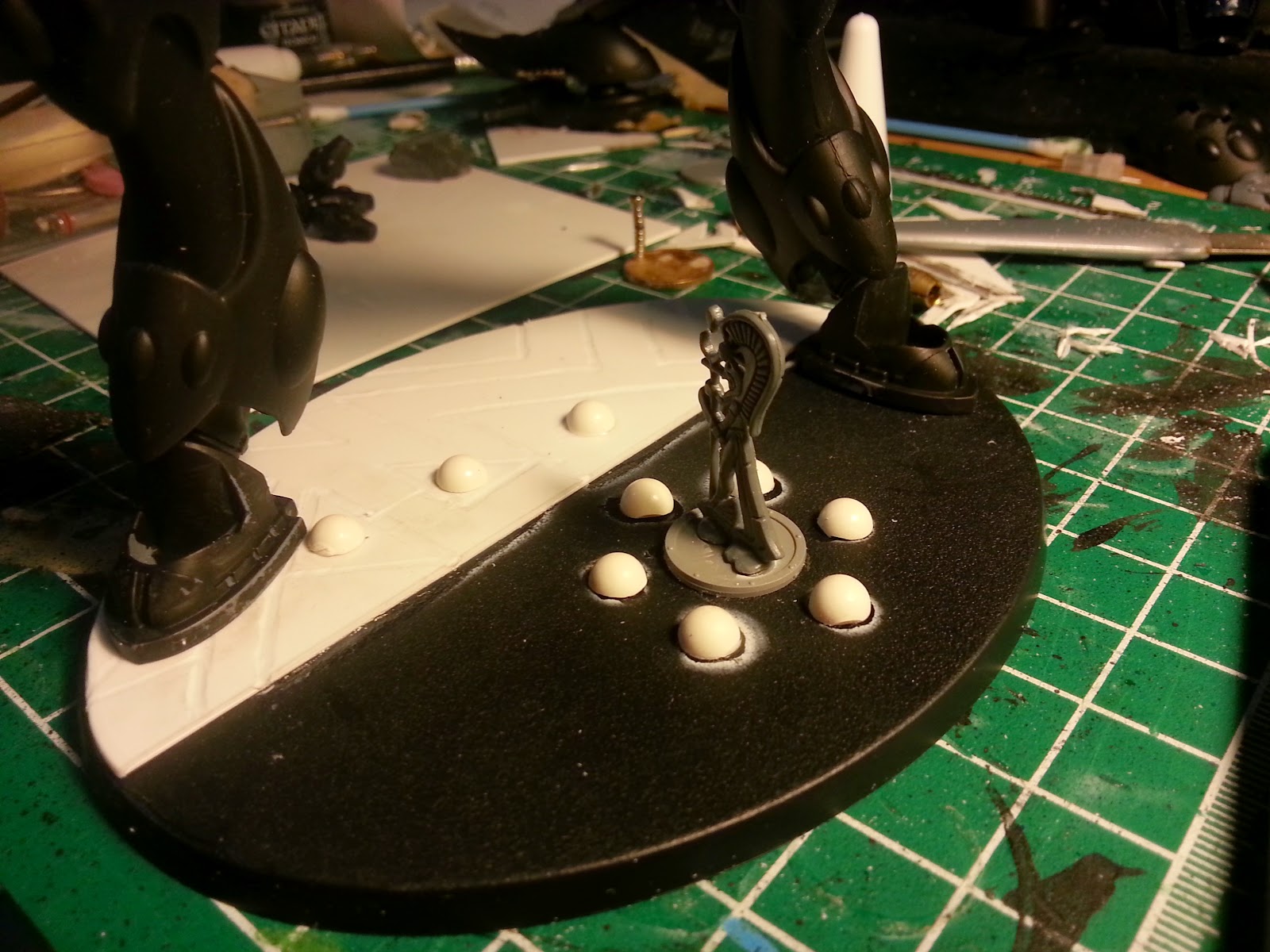 The little white circles are BB bullets cut in half and then glued down onto the base. 1 for each of the 6 wounds as when it gets to 0 you would remove it off the table

I really appreciate any comments and don't forget to follow me if you want to be kept up to date with all I get up to.