On the road to Completion for my knight and hopefully soon I'll have the rest of my paint list finalized.


So I continued work on my Wraith knight. I wasn't wanting to rush into gluing it together so I first used masking tape to see how it looked and to make sure I knew where each piece would go, then I got over waiting and gave up the idea of doing some fancy pose for the legs as I would need to do cutting that I couldn't undo. 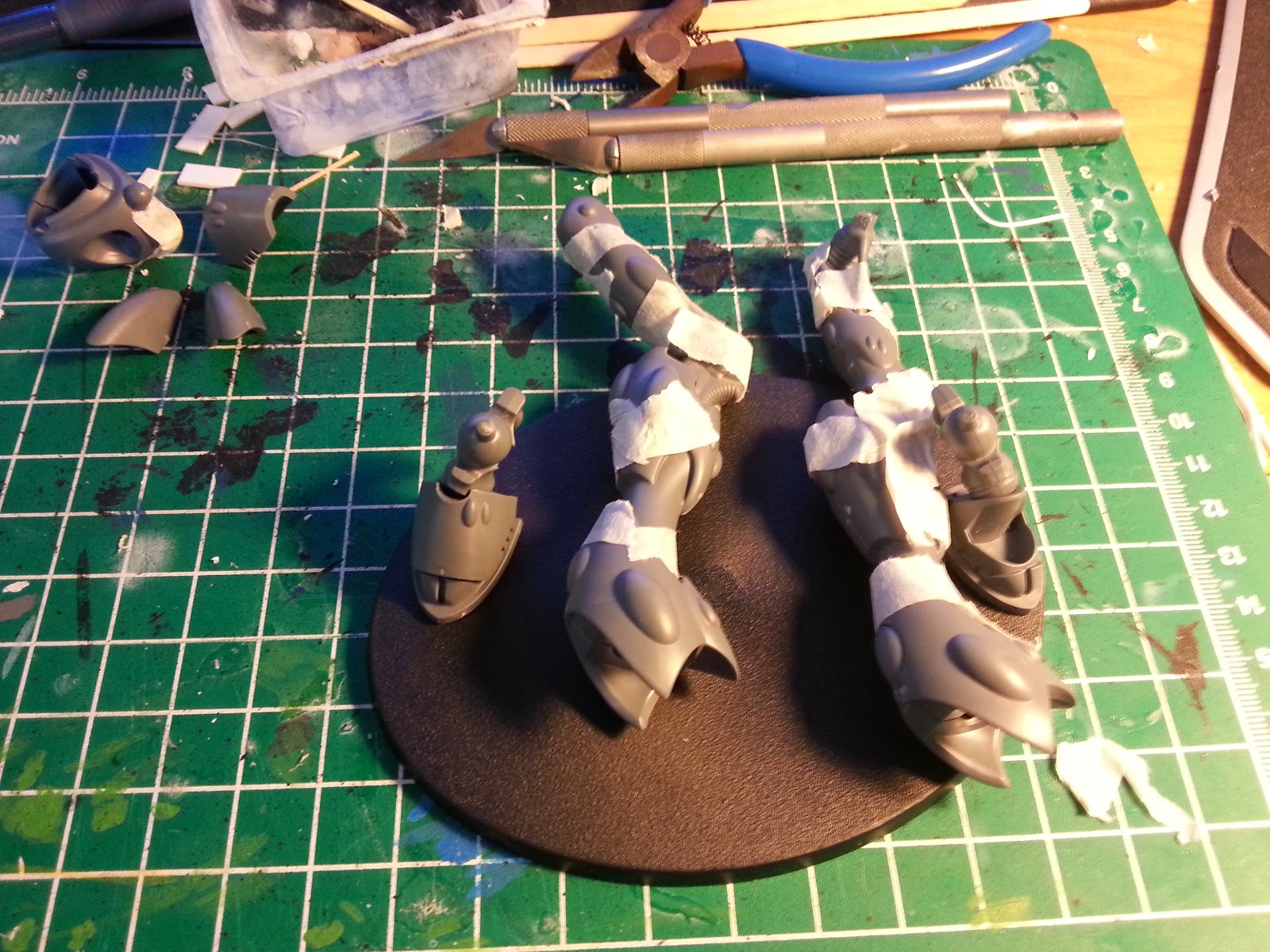 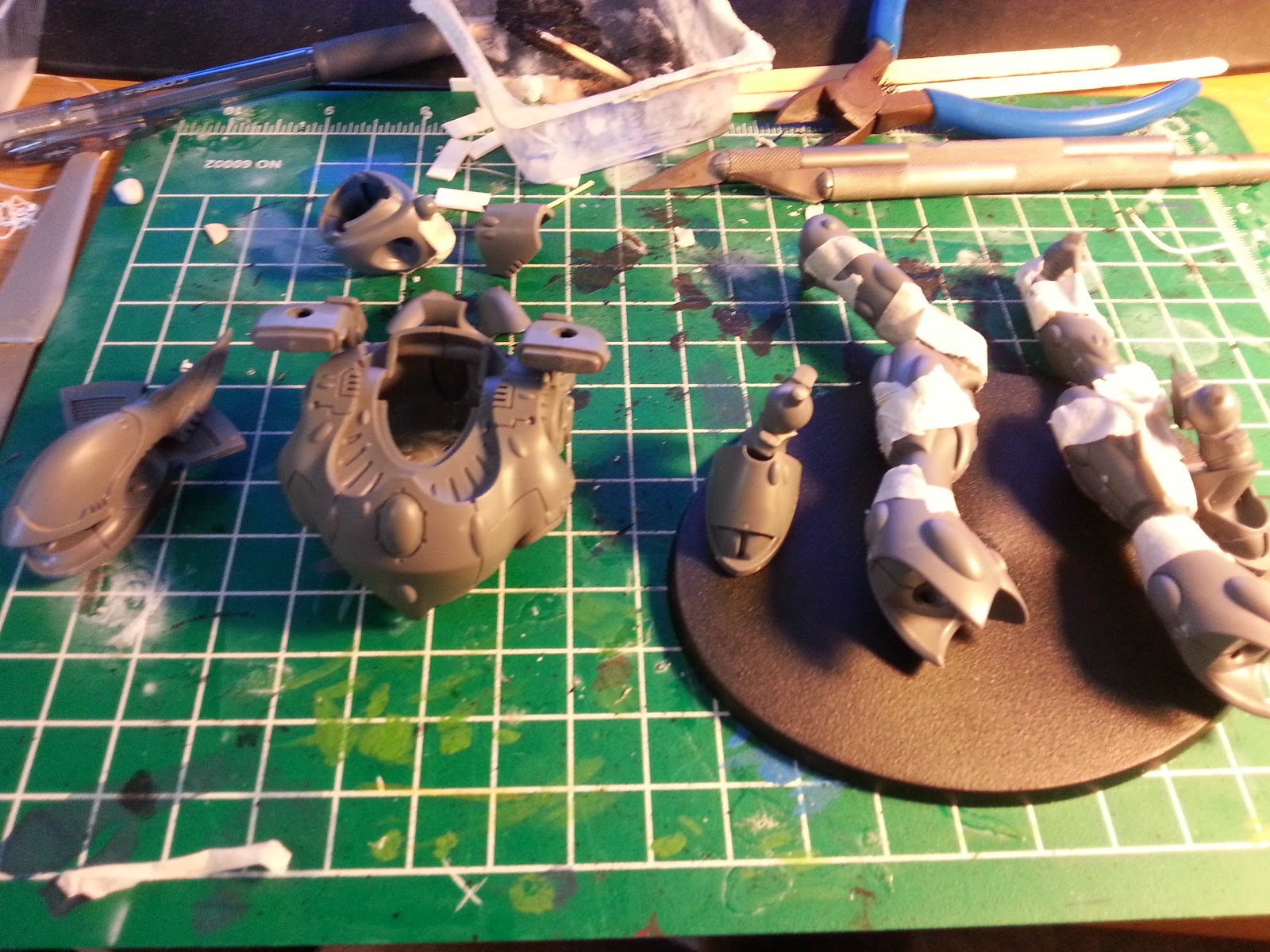 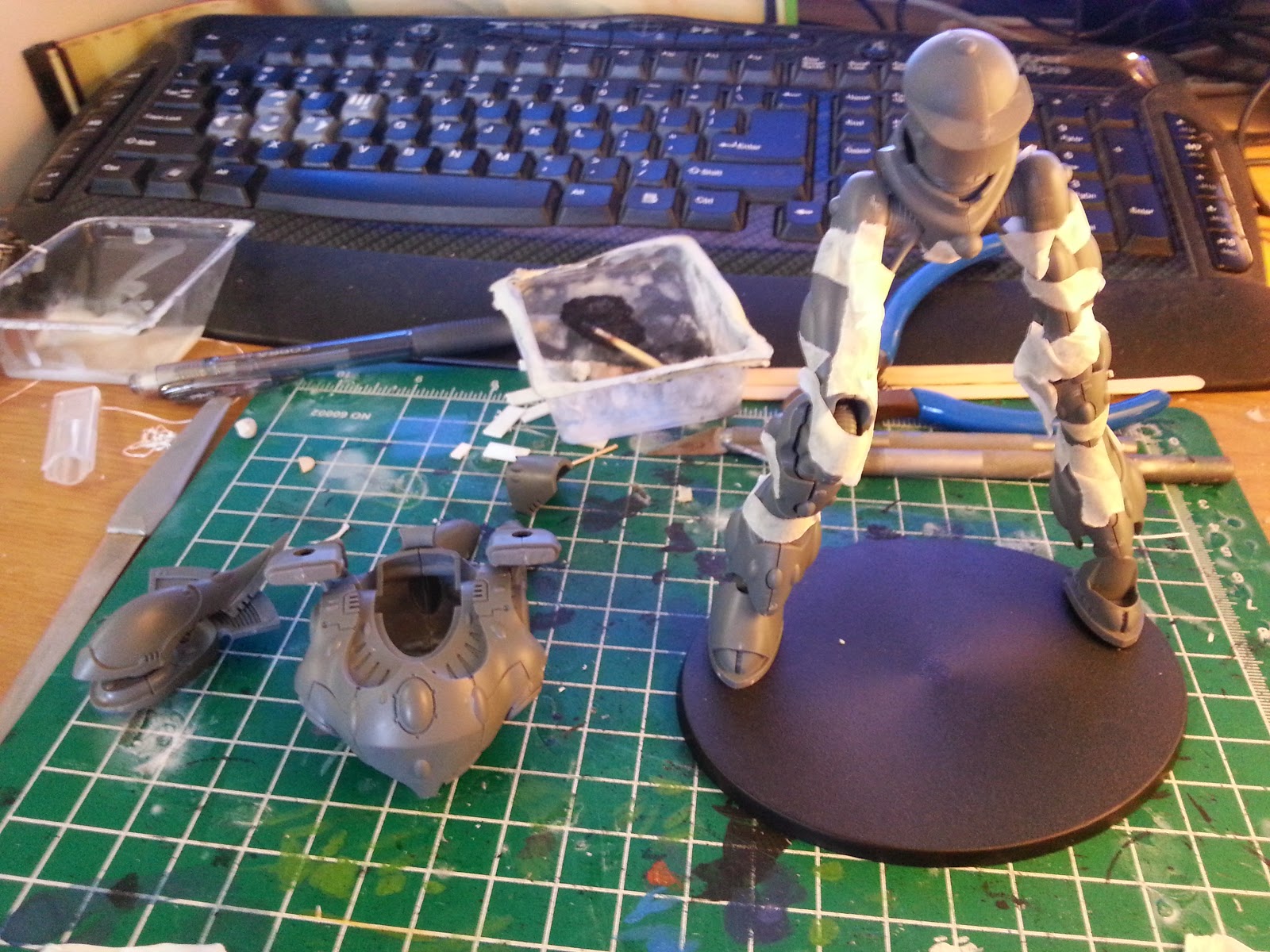 I then started gluing the leg pieces together and straight away went awry by gluing the outer thighs onto the wrong sides *Face palm* all that planning and to still make a mistake in my defense the only difference in looks is the spirit stones are reversed on each side (E.g. o0 instead of 0o) I luckily could get the two bits apart as the glue wasn't too heavily applied. With the way it was the knights legs were spread very far apart, Comically so. 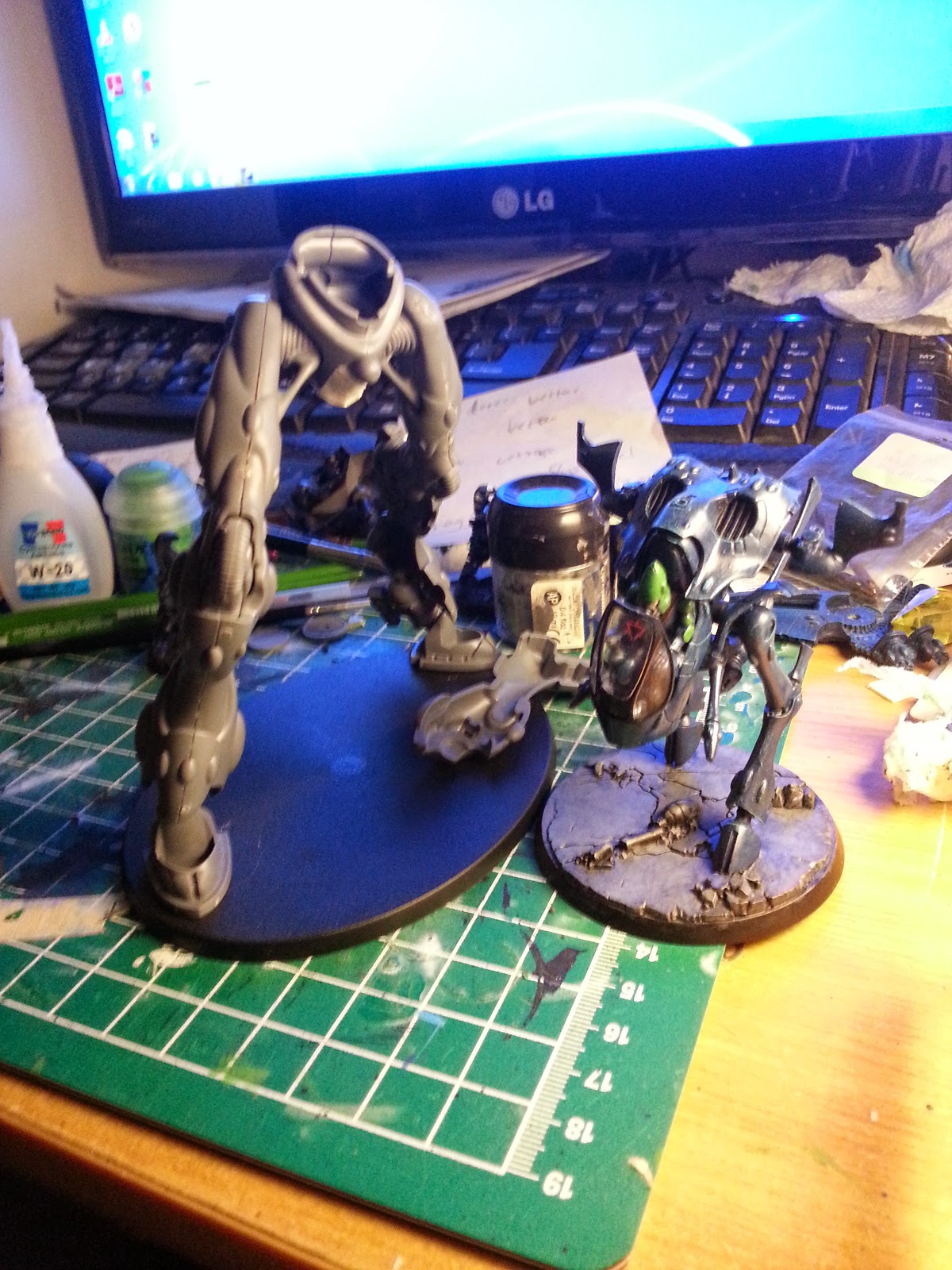 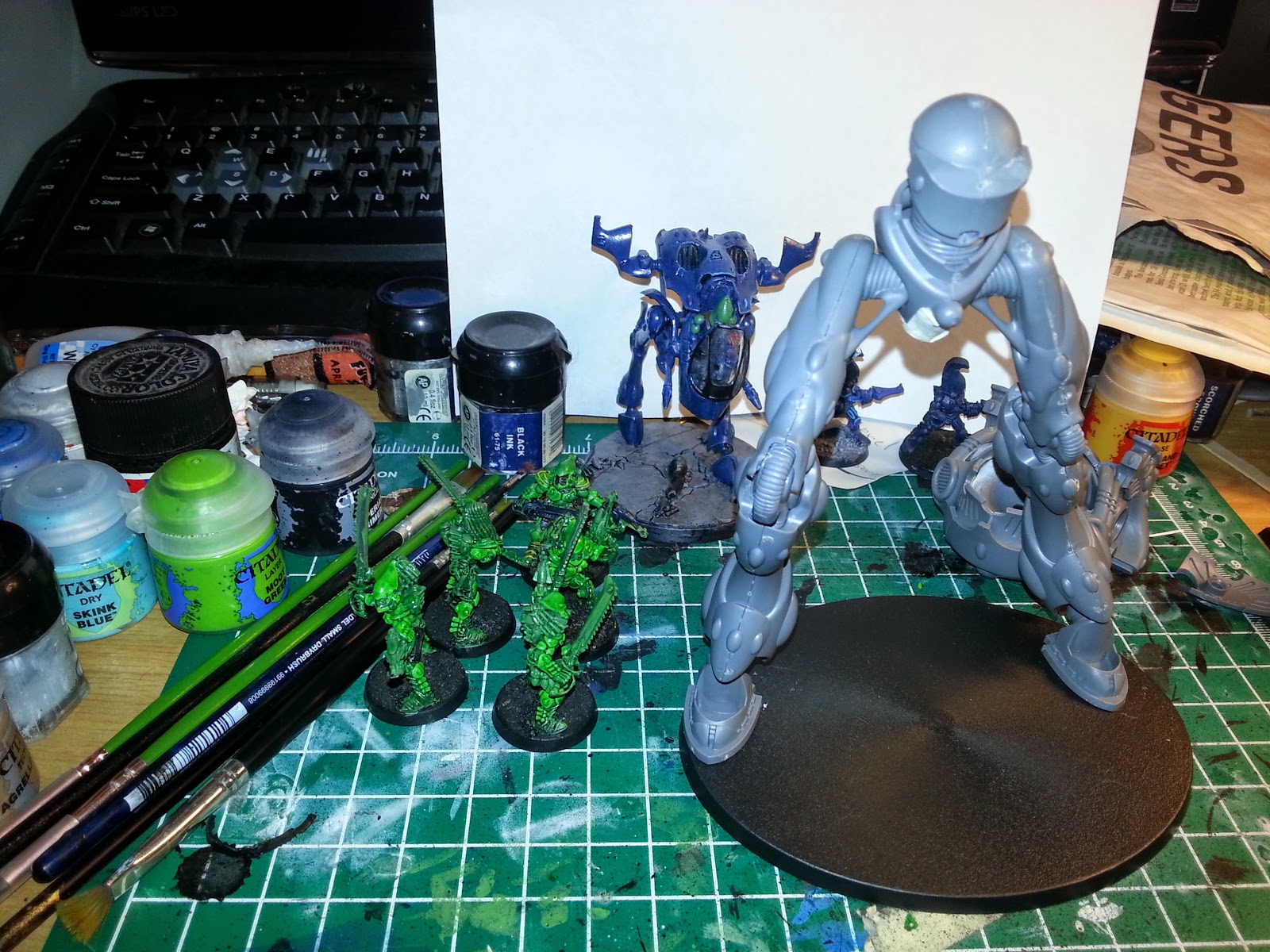 Some shot to show the size of this model after I glued the lower portion together... HUGE!!! 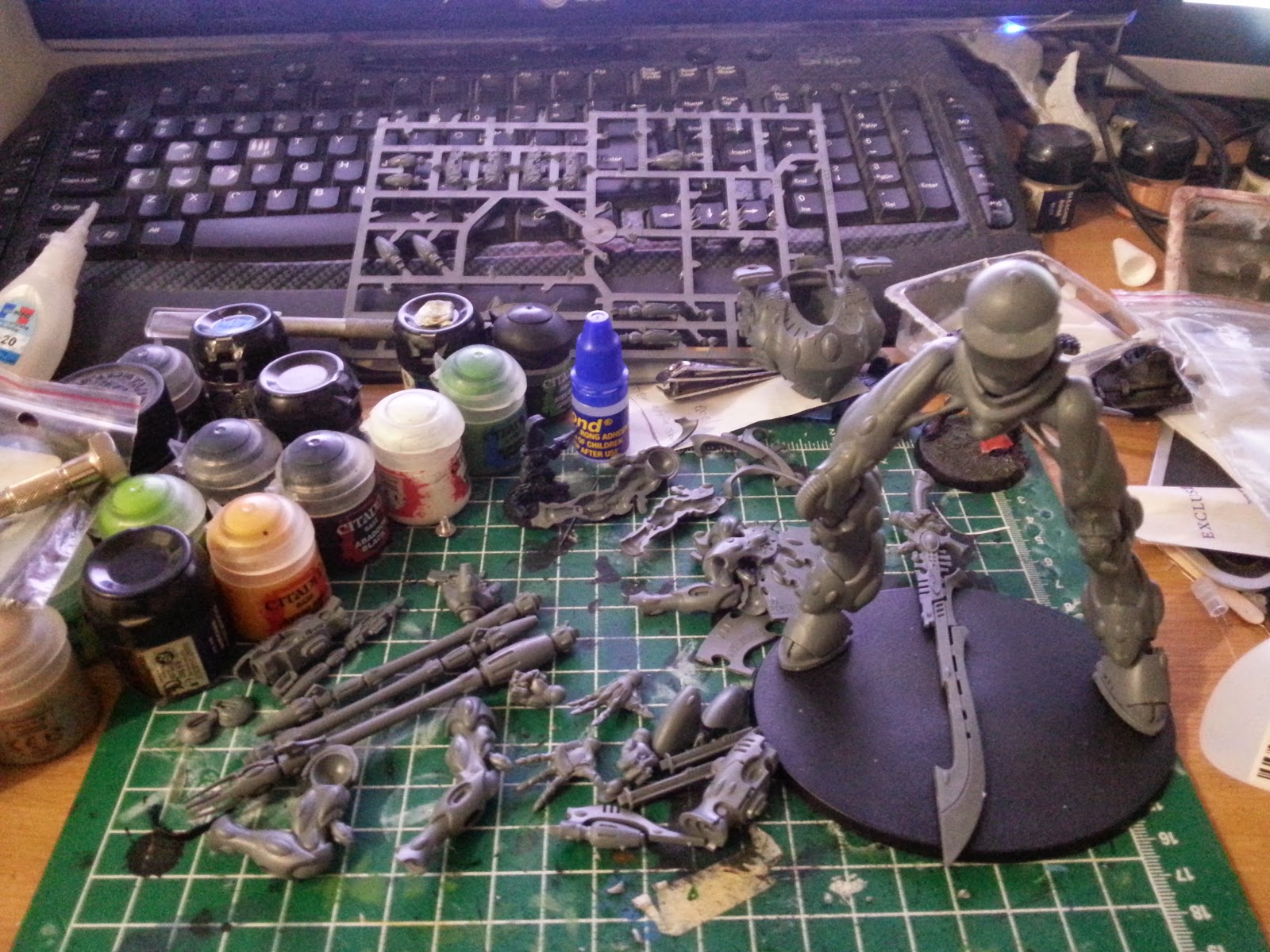 I laid all the bits out to see what needed to be Magnetized. A quick shout out to Idicbeer for his post on magnetizing a wraith knight, it helped me out a lot. So if your planning on getting one of these and magnetizing it Definitely go there. 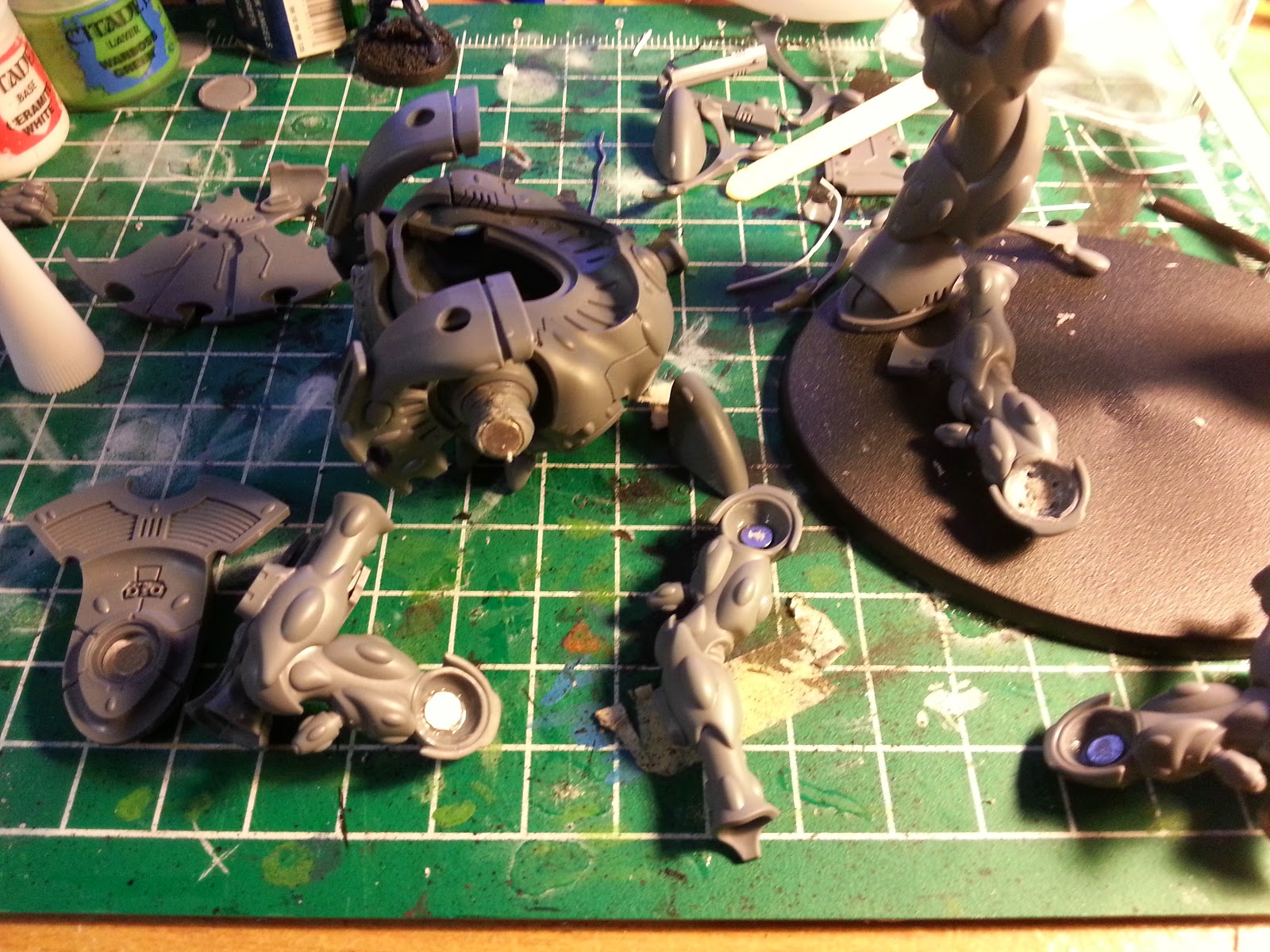 So I glued 5x1mm magnets into the arm sockets and I thought maybe a 5x5mm magnet would be strong enough to stop the dip in the arms, I was wrong. I had to do some cutting on the body side of the arm socket to get it to fit managed to get it in. when I attached the arms the weight was too much and the guns/sword ended up pointing down. I drilled a whole next to the Big magnet on the arm socket and placed a handy dandy paper clip in for the pin. And then drilled holes about 1.5mm into the arms at the 3-9 clock angles. To allow for different arm positions.

The next step is fixing any of the gaps with some green stuff then finalizing the base and hopefully start painting soon.