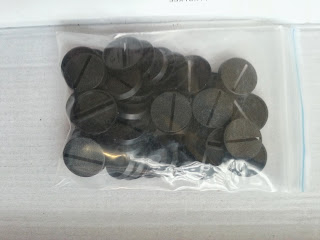 I Finally received the 25 mm round bases I ordered off of Ebay took about 3 weeks, not bad.
I needed the bases for the old Eldar models I bought second hand which didn't come with bases. 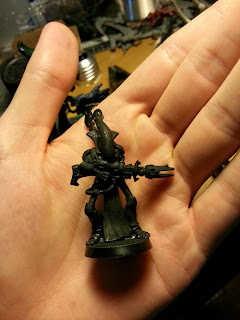 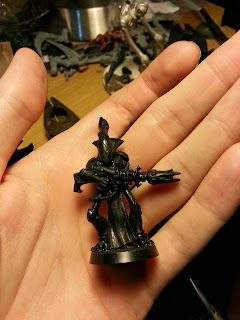 Took my hand drill (dremel sort of thing) and cut a slit in the end of their guns. I think it came out quite nice. I first cut a clean slice into the gun but then after looking at the new scythes I decided the slight groove would be better. The scale is a little off but I needed to change to bigger bases so decided to glue straight onto the 40mm bases which I had gotten off of Ebay which are slightly lower profile then the Games-workshop ones. 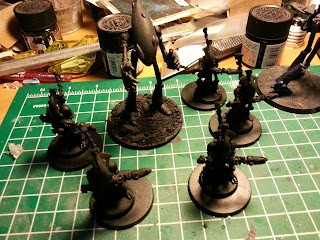 I did the base cover in a gradient to hide the smaller base a little. It came out better then expected. I used sand from the road outside (the part of the road where the rain water runs, I found has very nice gravel) I also used some flock I had, to give some different textures. I'm going for City fight themed bases. 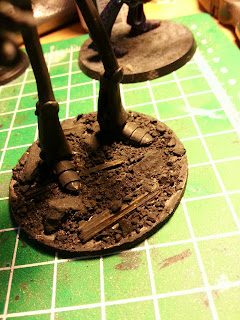 I finally got around to building my second Wraithlord and based it on my 60mm Masonite base. 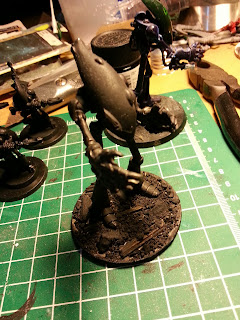 
I commentated on some games of Starcraft Hots a week or so back and finally managed to get them onto Youtube. They are games between two members of the Starcraft Clan (White Rabbit Gaming) I am in, Muradin and SwiTch.

It was my first attempt at commentating but I think it got better in the later games.

I enjoyed doing them hope you enjoy watching them.