So catching you guys up with what I've done over the last couple of weeks and been trying to find time/energy to put it all together to show off. Writing this blog also help me remember how I painted things when I come back later to finish models. Ok enough chat lets get to what I did after the jump 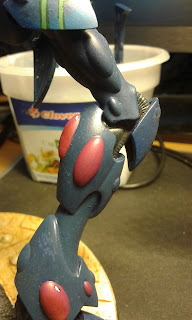 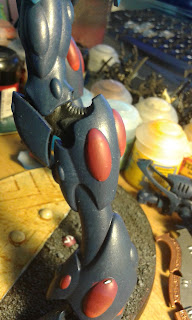 I based the Gems Screamer Pink and once that had dried I painted 4/5s of the Gems Khorne Red and making the edge between the two colours a bulging curve. 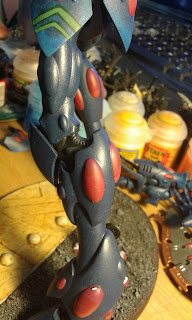 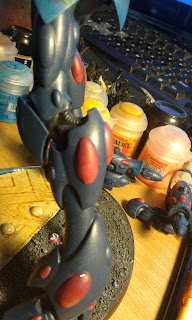 The next step was Wazdakk over 3/5s of the Gem and then I did a mixed colour of Wazdaka and the old Blood Red (Evil sunz Scarlet) on the bottom 2/5s of the Gem. For the Last edge I pained little lines all emanating from the lightest end of the gem with Blood Red ( Evil Sunz Scarlet). The end result was a fan like shape with spikey edges into the darker colours. 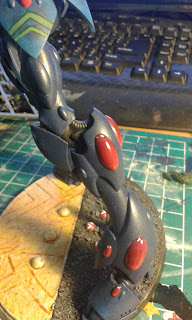 The last three steps were placing an extended oval near the edge of the Darkest colour (The direction the light is coming from) and once that is dry placing a small white dot onto it. The Final step is to paint the entire Gem with a Gloss varnish. 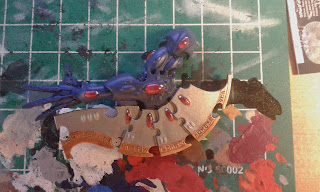 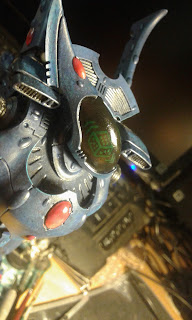 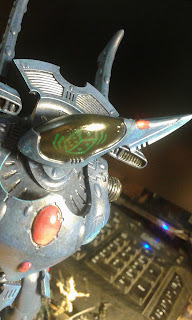 Just adding some Character to the Wraiths Visor one side showing what I wish to roll ( a 6) on the D-table the other what I don't (a 1).