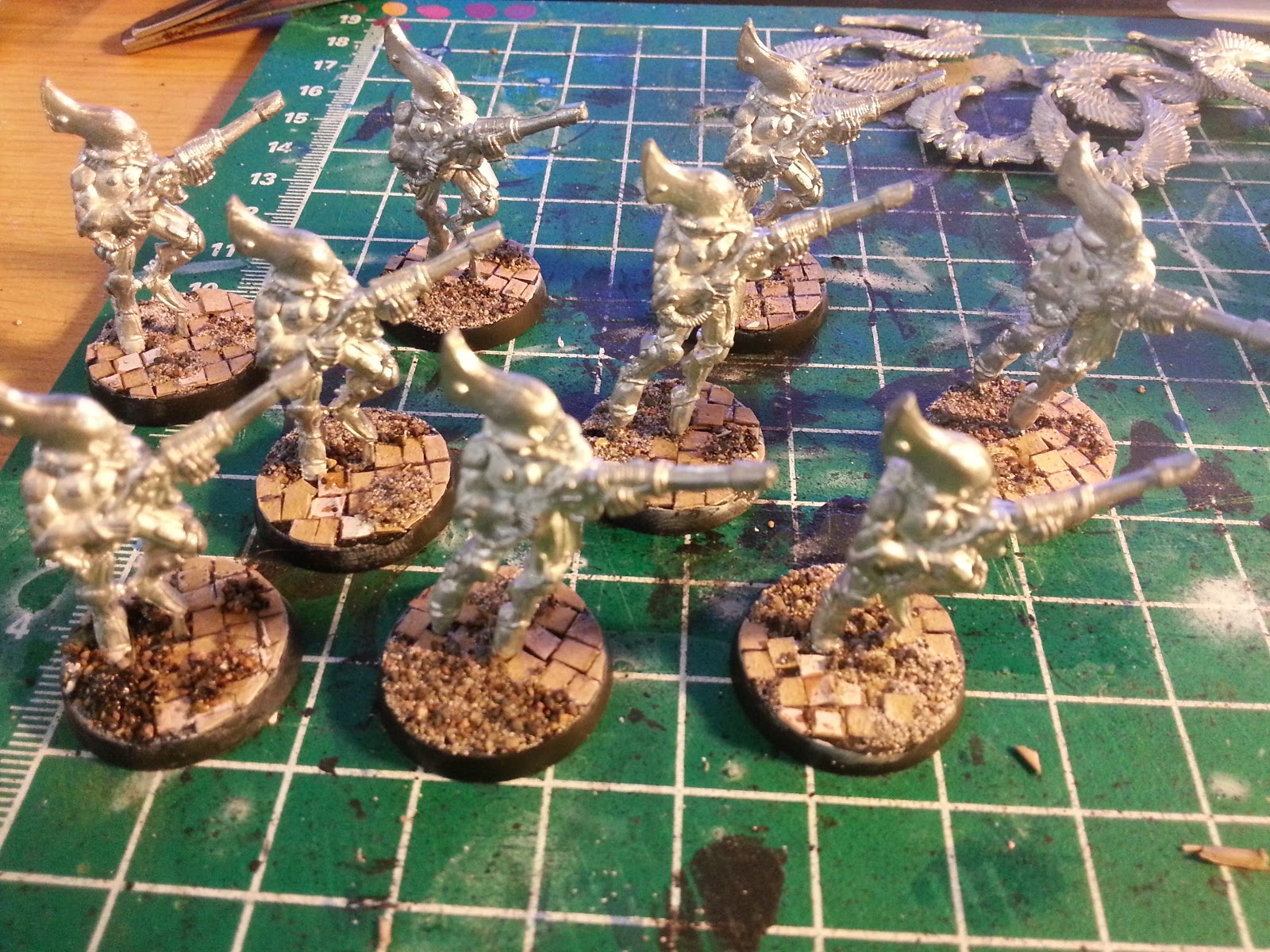 Hey all I've been a bit slack with the Painting progress posts but I'll try catch you guys up.

At the end of May I had the following to be done.
1x Wraith knight
1x Dire Avenger
5x Wraith guard (scythe)


I managed to get the Wraith knight done to a table top quality. I'm quiet proud of how it ended up. With the Wraith knight being my first huge and expensive kit I didn't want to make any mistakes that couldn't be undone so I took my time doing the magnets and positioning it.

I've so far finished there bases and just need to move onto the base coat and then painting. 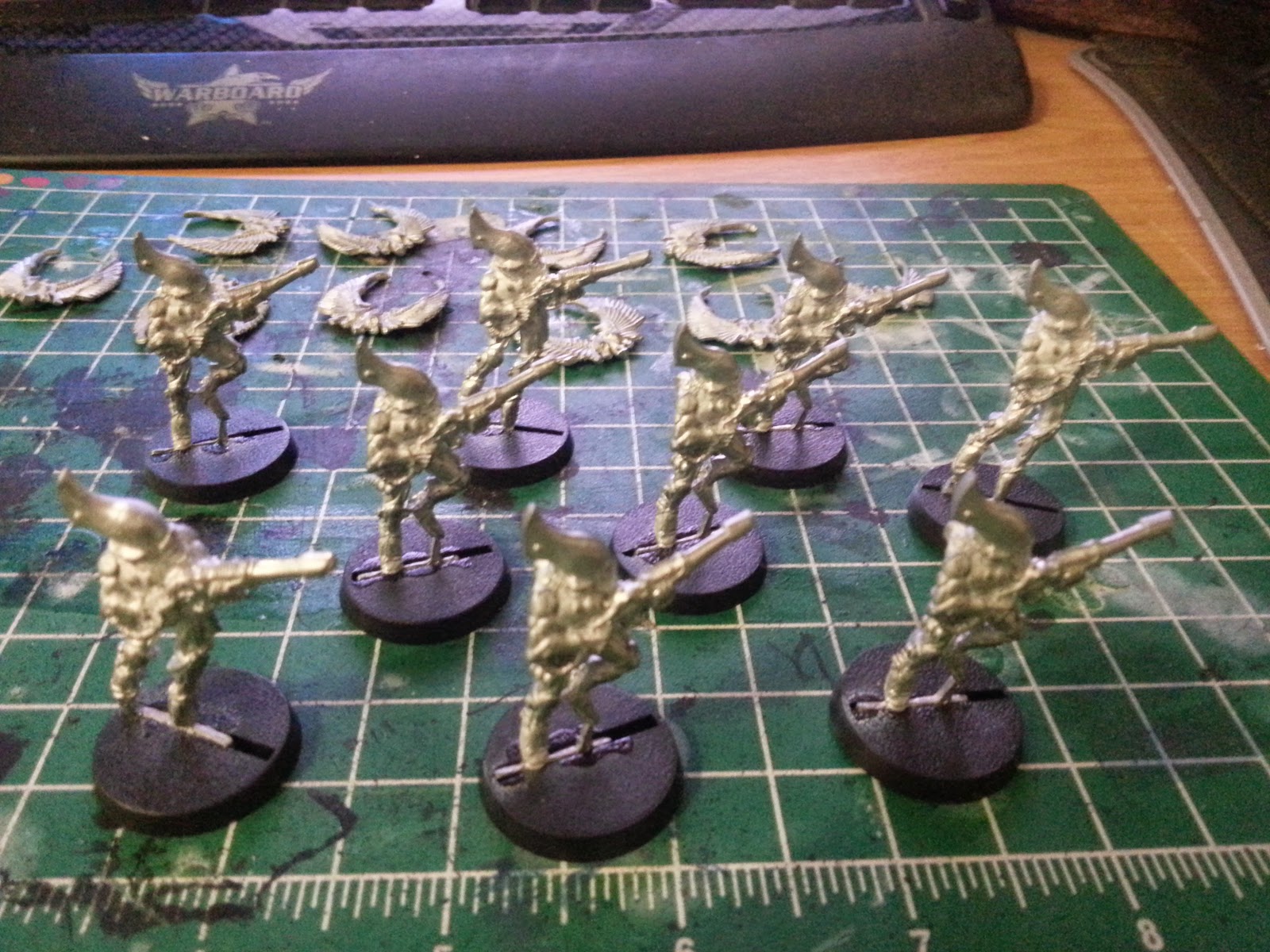 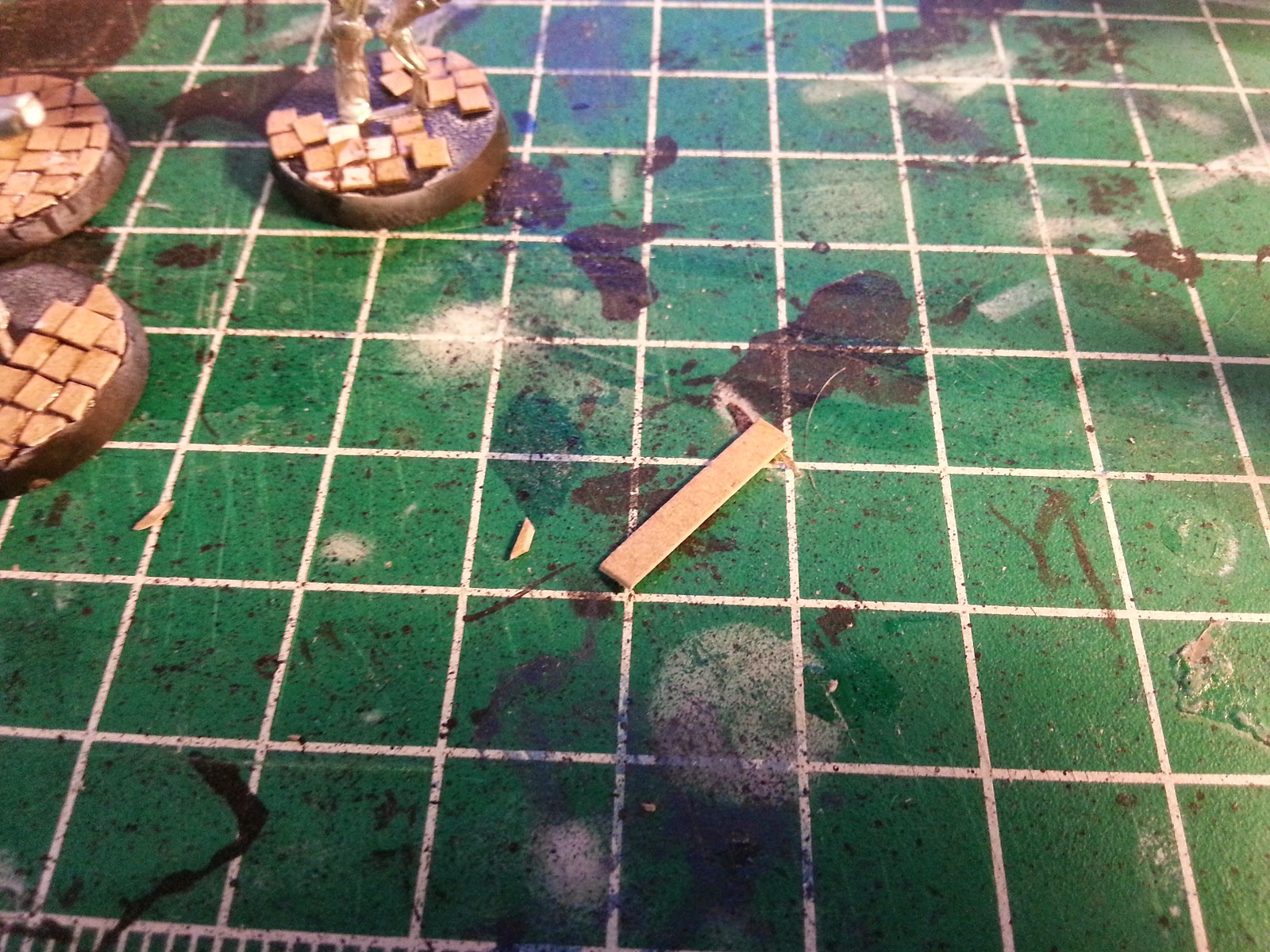 I'm using the older metal Swooping hawks I found for cheap I started by gluing them to the base and then Took the thin card from a cereal box (I used Pronutro). I cut a strip of card about 5mm and then sliced that into little squares. I got the technique from the EonsOfBattle 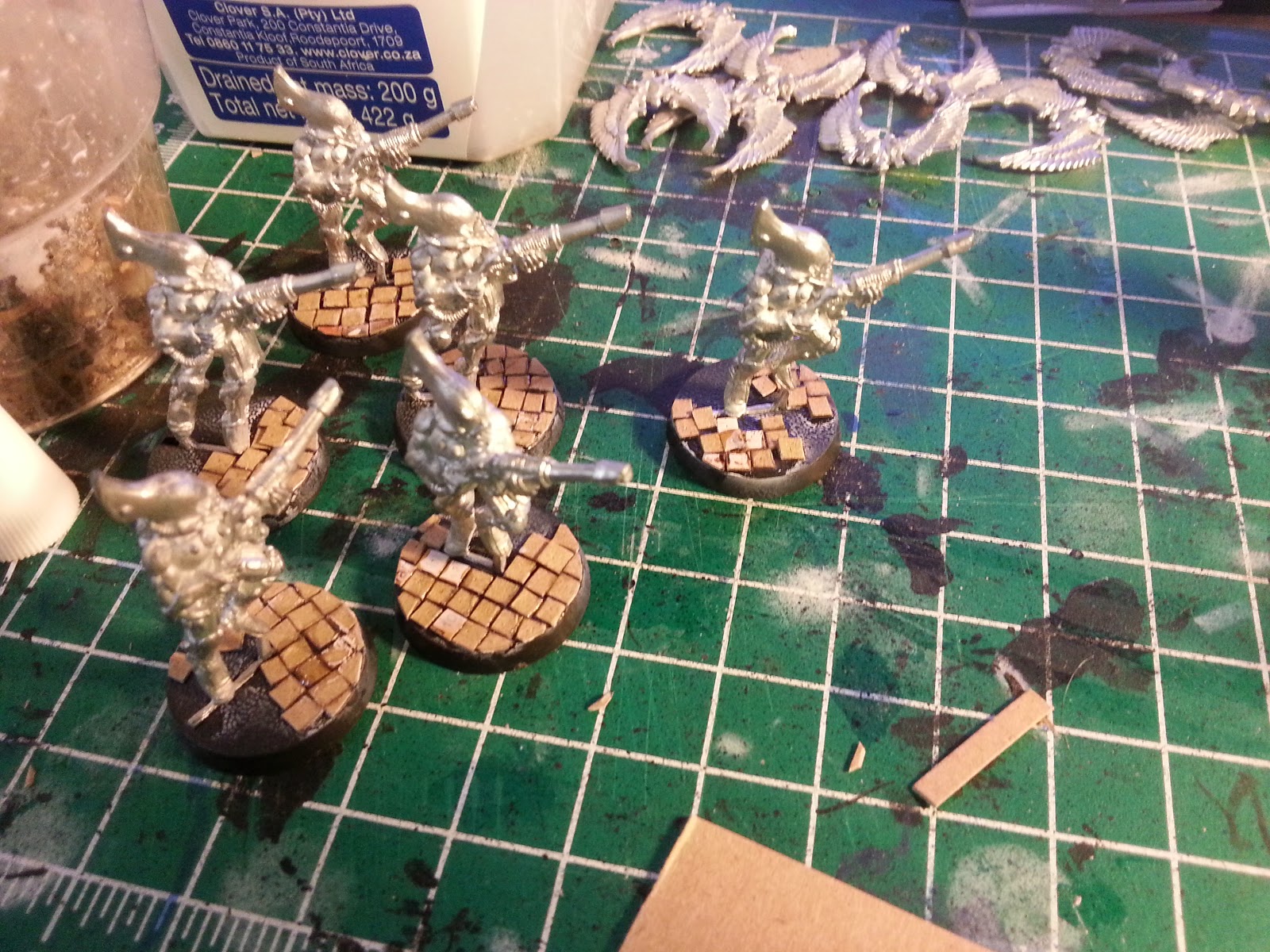 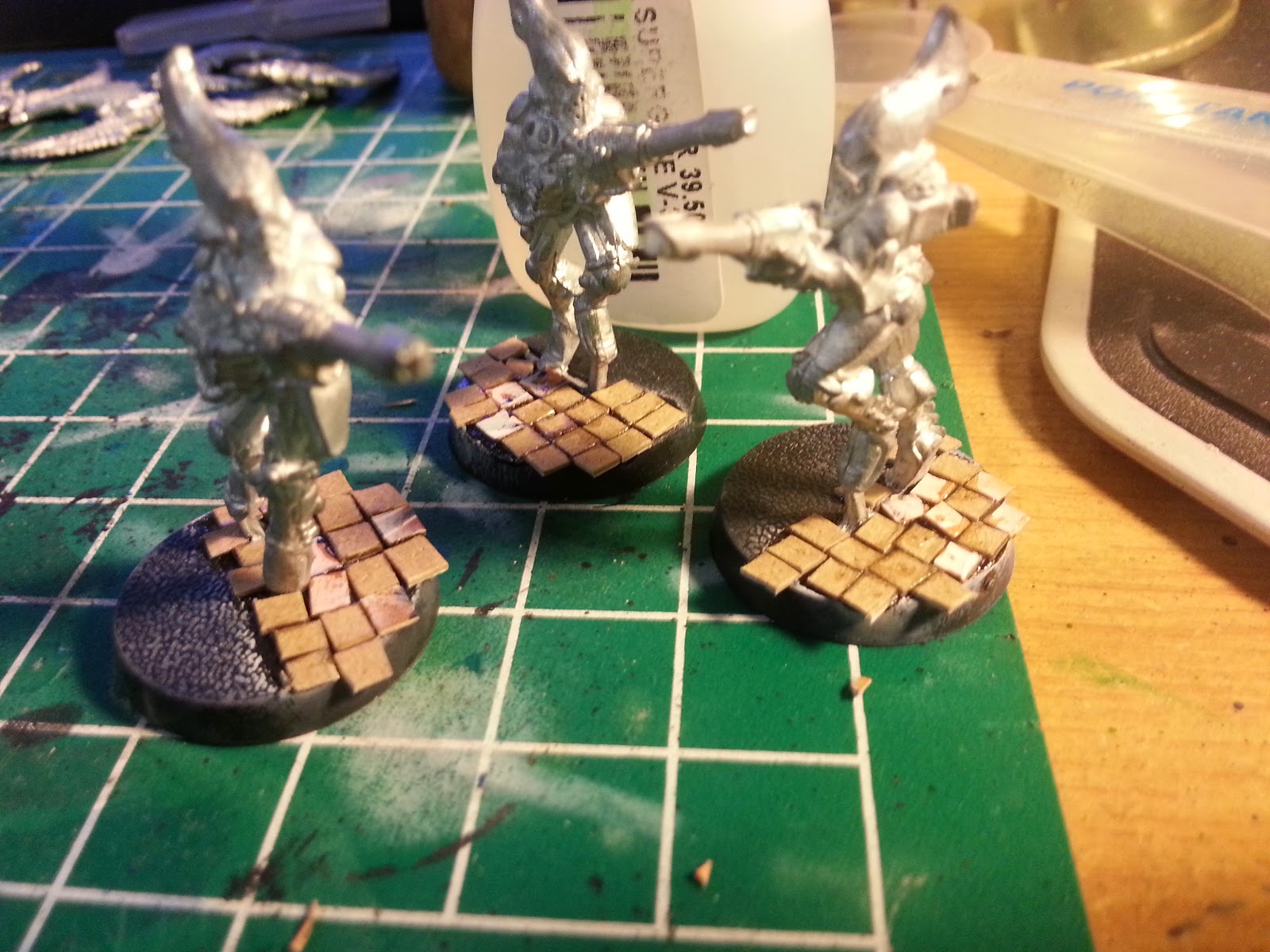 I used super glue to attach the squares on the base and my craft knife to position the squares accurately. With the these being slot bases I used the squares to hide the gap and only partially covered the base to do a sort of transition from the gravel look of the rest of my army to the tile look. I tried to vary the look a little with some tiles overlapping or having wider spacing. 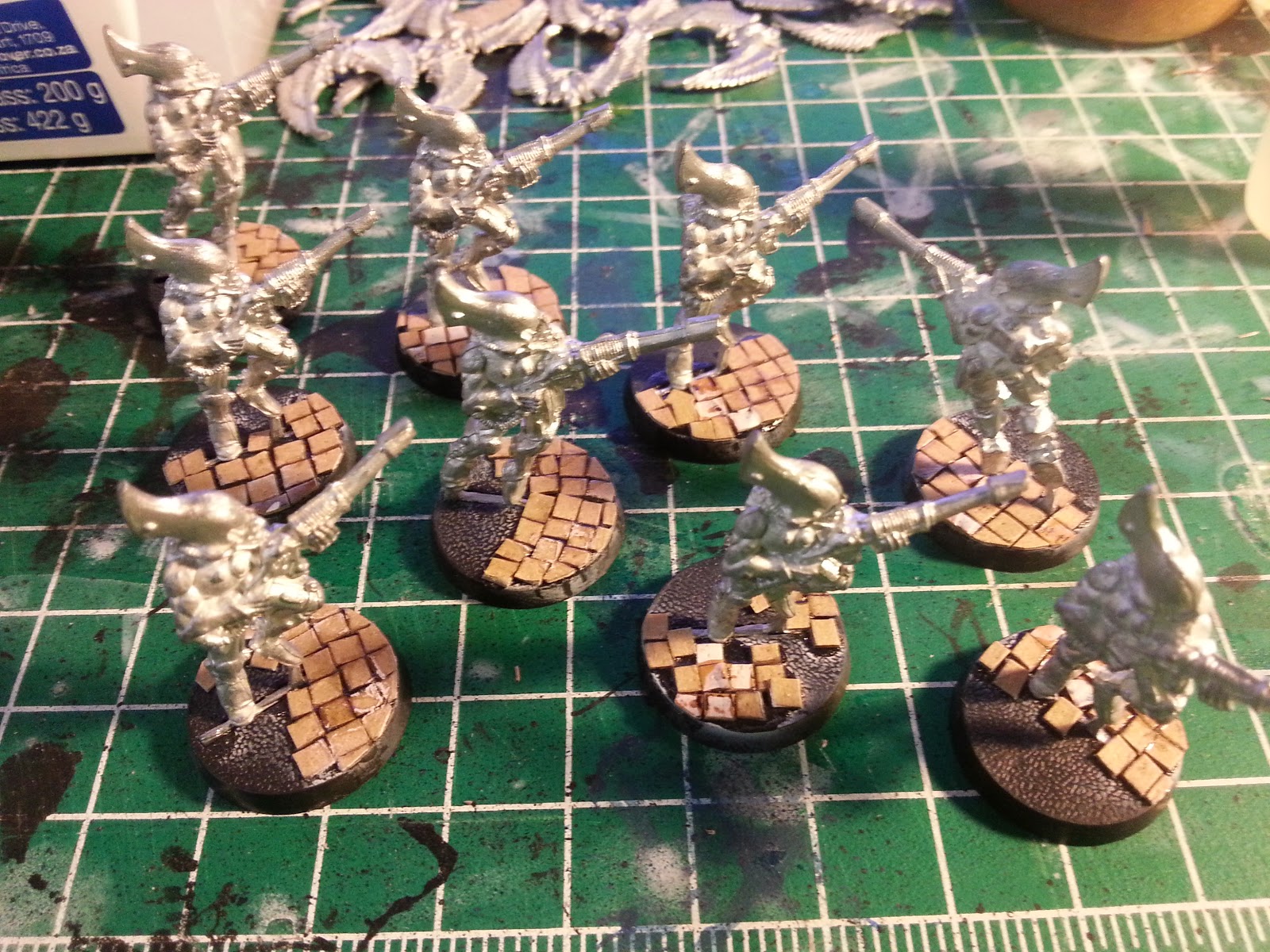 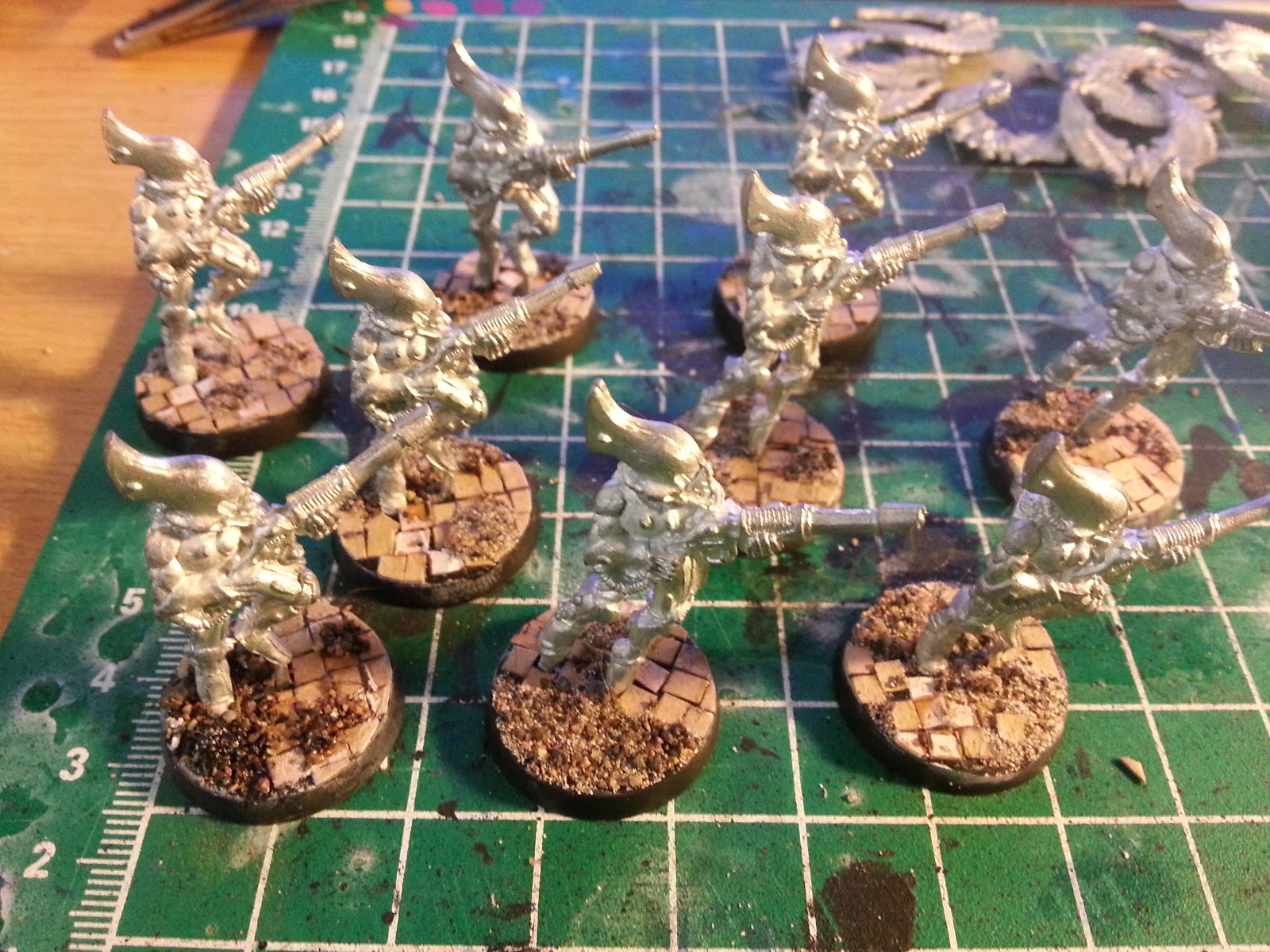 To finish off I used super glue again on the clear base and on some of the tiles and applied a medium grain sand followed by a finer sand to give it a bit of a run down look.

Next up I will do the base coat. I'm still undecided on whether to glue the wings on before or after painting.
Do you guys have any suggestions or experience with this.